The Origin of the Pentatonic Scale - Part 1

There is a scale that is increasingly proving to be part of the evolution of the world. This scale is the pentatonic! It appears to be one of the oldest and most used scales on the planet. The word "pentatonic" comes from the Greek word "comb" which means five and "tonic" which means tone. Simply put, the pentatonic scale consists of five notes within an octave, which is why it is sometimes also called the five-tone scale or five-note scale.

Pythagoras (570 - 495 BC) was one of the first people to do a scientific study on the tones that seem to occur naturally in the world and may have been the first person to systematically investigate the pentatonic scale, but thanks to a series of recent archaeological discoveries, we now know that the use of the pentatonic scale predates thousands of years of any study that is recorded on music.

In 2008, in southwestern Germany, in a region known as Swabia, archaeologists found flutes made of vulture bones during excavations. These flutes have five holes and were incredibly tuned to the pentatonic scale. After analysis by the researchers, it was found that the flutes date from 30 to 40 thousand years, a period prior to writing.

The Pentatonic Scale is the backbone of Japanese and Chinese music. Many say it may have had its origin in China and it is definitely there that some of the oldest and most profound studies on the medicinal power of music are found. Confucius (552 - 489 BC) was one of the greatest thinkers and philosophers in the history of China. It is believed that he was the author of some Chinese Classics, among them the Book of Rites, whose chapter 19 was devoted entirely to music and its therapeutic potential. According to these ancient studies, music is related to the five elements of traditional Chinese medicine (Wood, fire, Earth, metal and water) Each element is represented by a musical note (Wood - Mi, Fire - Sun, Earth - C, Metal - D and Water - There), forming a pentatonic scale. The old studies and records of the Confucian period show a great depth in the use of music as a therapeutic and spiritual tool. 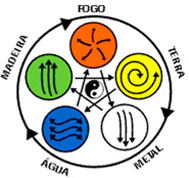 The "raga" is a melodic form, but it is not just a scale. There are about 72 parent scales. And each scale has hundreds of ragas, which can be pentatonic (five notes), hexatonic (six notes) or complete scale (seven notes). The possible combinations are endless. (Ravi Shankar)

Classical Indian music is known for its enormous cultural variety, for its songs with a complex microtonal system, a musical characteristic found more easily in Asian music, which makes it a song with a higher complexity than Western music. Each region of India has its particularities, in the North classical music is called Hindustani and in the southern tradition it is called Carnatic. The Ragas are a very common melodic system among the traditions of the North and the pentatonic scale is commonly found in the traditions of this region, being played on both an increasing and decreasing scale. The pentatonic scale is present in Ragas with less complexity, favoring the search for an intuitive musicality. 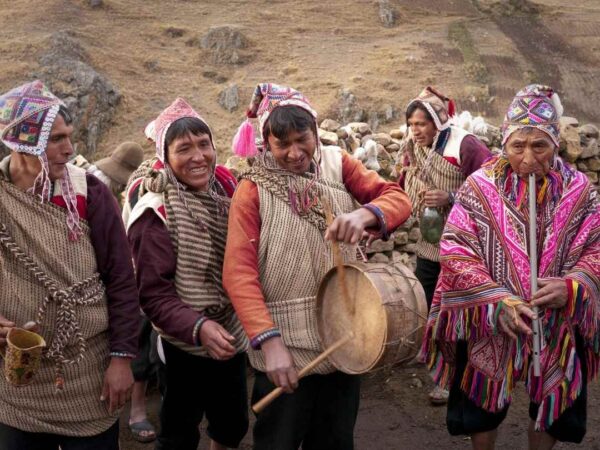 Latin American countries have a strong musical culture linked to the Pentatonic scale inherited from the old pre-Columbian peoples. This heritage comes from the Incas, Aztecs and Mayans and their music was based on the pentatonic scale. Pre-Hispanic instruments are known as Autochthonous instruments, and the most commonly used were flutes, ocarines, sikus, whistles, rattles and drums.

The ancestral music of the North American countries also had diverse influences. The native peoples who inhabited Mexico appear to have played a large part in all of North America's music. The music of these peoples is also related to the pentatonic scale, in chants, percussion instruments and mainly in the Native American Flute. A flute with a powerful sound, but with a simple execution, an experience that agrees with the philosophies of ancient native peoples, who did not follow specific metrics, but their intuition.

Archaic evidence demonstrates a possible link between the origin of the American peoples and the coming of Asians during the Ice Age, through the region that is now known as Alaska.

Couldn't this possible Asian ancestry have brought some musical influences to people across America?

Researching a little more about the cultural relationship between Asia and America, some traces of this ancestry began to appear. An interesting example of this possible intercontinental musical relationship is the Native American Flute and the Japanese Shakuhachi Flute. Both are vertical and non-transversal flutes (like the vast majority of flutes around the world) and both flutes are pentatonic. There are so many similarities between them, that suspicions about the relationship between their origins cannot be dismissed.

Pentatonic scales are very common around the world, including in Middle Eastern and Celtic music, Hungarian folk music, music from ancient Greece, music from southern Albania. It is the main scale in Ethiopian music and that of some other peoples in Africa. It is present in the tuning of Indonesian gamelan, in melodies from Korea, Malaysia and Vietnam, in the Afro-Caribbean tradition, the Polish highlanders of the mountains and many other peoples. It is even the basis for Gregorian Chant.

This scale has spanned millennia following the evolution and history of mankind. If we look at all the ancient and native peoples of the planet, we will see that they have developed their musicality based on intuitive and spiritual experiences. Music was a ritualistic tool and it makes sense to find the pentatonic scale at the origin of many peoples, since it is both simple and powerful. The true representation of detachment within the universe of music, demonstrating that its simplicity is the great secret of all its grandeur and omnipresence, as it demystifies music as an extremely complex tool and demonstrates that it can be played by everyone who feels the music coming from your soul.