The Pueblo Flute is a vertical rim blow flute (Rim Blow) made of bamboo with a fingerboard with 4 holes in the front and one in the back, mounting the minor pentatonic scale. Its embouchure is facilitated by the introduction of a chamfer characteristic of the Quena flute. This is a powerfully simple flute, which allows you to blow harmonics derived from the root note and also play the second octave on all notes. Its range of octaves and harmonics, in addition to having the consecrated minor pentatonic scale, make this flute majestic, reminiscent of the Japanese Shakuhachi ancestor. The Pueblo Flute is a tribute to the people who lived in the Chaco Canyon region, northern New Mexico, the site of the ruins was named by the Pueblo Bonito expedition, where some rim blow flutes (Rim Blow) were found in excavations carried out in the last decade of the 19th century. 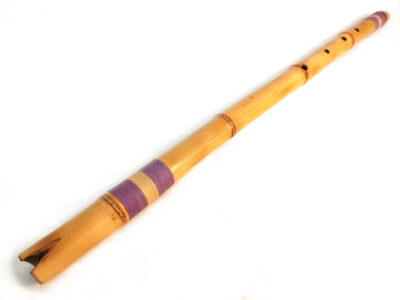 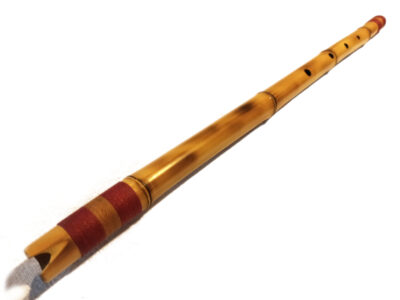 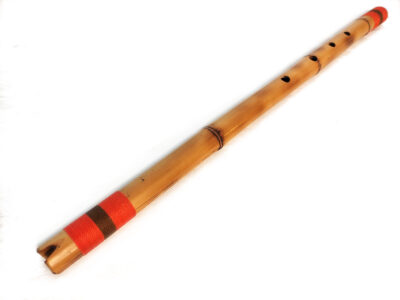