Mestre Zé do Pife, born in São José do Egito (PE), also known as Seu Zé, has been a pife player and maker for 50 years. He is also a composer of verses and aboios of cowboys. As a young man, he worked as a farmer and in civil construction. Based in Brasília for more than 20 years.

It was with the stem of a pumpkin, or jerimum, as it is known in the northeast, that Francisco Gonçalo da Silva built the first fife between 7 and 8 years of age, ua small transverse flute made traditionally from bamboo. His skills with the instrument make him known to this day, as Zé do Pife, one of the most respected masters of popular culture in the Federal District. Pernambuco's trajectory is marked by hard work, wanderings around the country and the main thing: the passion for composing, playing and teaching the art of pife.

Mestre Zé has been in Brasilia for three decades and since then he has survived on the sale of fife, a flute made of bamboo that he himself manufactures in Sobradinho, the city where he lives and from where he moves almost daily to the Plano Piloto. Although the instrument is sold on buses, at the School of Music and at Ceub, it is at the University of Brasília that its clientele is greatest. There, the pifeiro usually teaches classes and even informal workshops to groups of students, attentive to his teaching, in general, in Minhocão and in an area close to the UK, the university restaurant, during mealtimes. 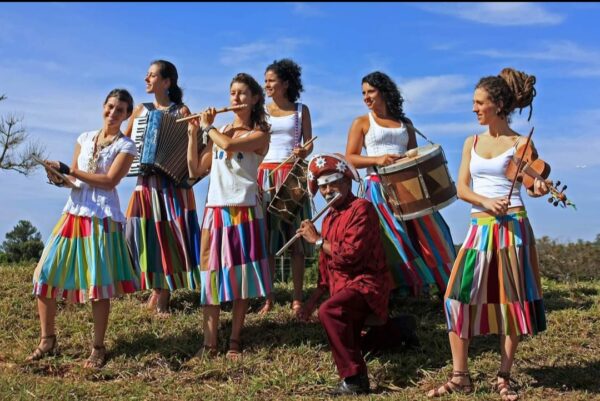 On Mestre's road, consecrated by the people and by the Popular Cultures and National Griô Action Award (MinC), there are already two CDs: “Zé do Pife: from grandfather to grandson” (2008) and “From Brasília to São José do Egito” ( 2010).

I am a fifeiro from Pernambuco - From São José do Egito - Think of an ugly goat - But everything about me is beautiful - If you look for me - I live here in the District.

And, not by chance, it was at that university, created by Darcy Ribeiro, that the master, with more than 65 years of career, met a group of young people, two music students and the others enrolled in other courses. The identification between them was so immediate, that after several meetings and rehearsals, the possibility arose to start playing together. And so, in 2007, the pifeiro with more than 65 years of career, adding young musicians, constituted Mestre Zé do Pife and As Juvelinas, a group that has since enchanted audiences with presentations in different spaces.

The group understands that the Northeastern culture is the founding root of the Brasiliense and Brazilian identity and, therefore, seeks its diffusion and updating through projects, presentations and workshops, browsing authorial and public music.

Meeting these girls was a blessing to me. Before, I only earned something by selling steak. After we started playing together and formed the group, it has given me a lot of joy. We've done a lot of shows, traveled around the Northeast and São Paulo, released an album and now we're going to release another one…

With the mission of not letting the pife end, Zé do Pife went to school in the city. In classes and workshops, he taught a lot of people to play the instrument, including As Juvelinas had 11 members. Today, there are seven of them: Kika Brandão (fife and tambourine), Maísa Arantes (fife and fiddle), Naira Carneiro (fife and accordion), Andressa Ferreira (snare drum), Isa Flor (zabumba), Gotcha Ramil (fiddle) and Luciana Bergamasch (triangle and plate). In addition to playing the instruments, they all sing under the baton of the Master.

One of the important projects developed by Mestre Zé do Pife and As Juvelinas was one of national circulation, in 2014, passing through Pernambuco, Paraíba, Ceará, Piauí and São Paulo, thanks to the support of FAC-DF. The main focus of the visit to each of the cities in which they visited was the promotion of artistic-cultural exchange.

In the region of São José do Egito (PE), we did several workshops in schools, with the participation of Zeca do Pife, brother and partner of Seu Zé since childhood. Seu Zeca was happy, because it sparked the interest of children and young people, who were distant from the pife.