The Boy and the Flute

myth of the nambikwara indians

Before, everything I had was already in those forests in the valley, by the riverside. It was a hell of a walk, going back and forth, looking for cashew, abiu, chestnut, pequi. There was also, what the bush gave, the coconut of the buriti, the araçá, the honey of jataí. Sometimes the weeds dwindled, became dry, yielding nothing. People used to complain about the lack of food. Taquara always had plenty to make arrows at will.

The Indian spent time and time preening a feather on the arrow's tail, adjusting the balance to give it a good flight. He was always like that, hunter in the details. And man, that was what he had the most. On the side of the buritizal, far from the village, an Indian had seen traces of tapirs, pacas and armadillos.

The next day, in the evening, in the cold sun, he and his son went hunting. In the middle of the bush, the boy heard a very beautiful sound:

The father wasn't listening to anything, he kept walking. A little bit more:

– I'm not hearing anything, no. Pay attention, look at this: the trail of the tapir. She still comes back this way.

They climbed a tree, very quietly to wait for the tapir. The boy only heard that sound, blowing softly among the leaves.

After a while, the tapir really came. Arrow on the bow, string stretched, the tapir almost in the belly, the boy stops everything:

Did the tapir stay to listen? It was the account of running away at the same time.

The father, who wasn't listening to anything, got angry:

– What a flute, what music, what a sound, what nothing! That way you don't learn to hunt. Now we have to go back to the village empty-handed. And it's time to walk, because the tocandira is an ant that walks around at night and doesn't leave one without screwing.

The boy was a shaman, nobody knew. Shaman is a great knower of things.

Almost at night, the two returning home, the boy said:

– This forest is very good, father. I want to stay and grow right here. You can go back to the village alone.

– No, none of that. I want you to carry me zen in a big circle. Then it leaves me right in the middle.

It was a crazy idea but the father didn't have the strength to resist. While doing the circle, the boy said:

- Don't tell anyone where I am. Noone can know. You have to wait two moons to come find me.

So the Indian returned to the village alone. As he arrived, his wife wanted to know where the boy was.

- I do not know. I am angry and very sad. Nobody knows where he is.

The woman began to cry, she cried all night.

In the dark of the bush, the boy worked with his powers. There was so much to invent! To begin with, he made a very large rope of embira and tied all the bushes together. He says that in just one pull of strength he ripped everything off. He left only the earth itself. The next day his mother went a little way into the bush and saw a career of leaf-cutting ants carrying some different leaves. She followed the ants and ended up finding her husband, picking up jataí comb.

– Look at those ants! What are they carrying?

He, realizing that it was his son's trick, distracted the woman. That it was nothing, no, just a little thing, with no use at all, that they should go home.

– When the next moon rises – he promised – I will look for our son.

The moon rose high, the boy's father entered the forest. Walked a lot, all night, the place was not enough. The Três-Marias stars, who were also Nambikwara children, were blinking in the sky. He continued to walk. The stars went out, the sky started to turn red, very early in the morning he arrived at that good place. He found a beautiful garden, with every plant good to eat.

– Wow! My son worked really hard to do all of this! – She admired.

That's when he heard a beautiful sound, blowing softly: the sound of the flute. He followed the sound to the west, he didn't find the boy. The flute began to blow from the other side. He walked in the rising sun, but found nothing. He went north, he went south, the flute playing in every direction, him walking in circles, disoriented. He was about to give up when he remembered the wheel he made with his son. Maybe he would find him in the middle of it: in the middle of the field. It was right in the middle of the field that he found a flute, playing beautifully, really beautifully. He was too tired, he stood still for a while, listening.

He let himself be rocked, just the sound, just the music slowly entering him.

He looked carefully at each new plant and, little by little, he discovered everything: the gourd, the best there is to make a gourd, similar to the boy's head... the cassava plant leaf, which the leaf-cutting ant likes to carry, similar to with the boy's hand…Ah! That was it for sure. The boy turned into a garden, into everything that is a good plant to eat.

The bones became the cassava branches. The legs, cassava really, to make beiju and tapioca flour.

The ears, then, were beans; and the ribs, bean pods.

The blood turned into annatto, which is used to paint the body red.

Everything transformed! Even the little Indian's lice ended up turning into tobacco seeds.

Now Nambikwara has cassava, it has all the seeds, all you have to do is plant it. No more kisses. The boy did everything – he became a farm.

That way he exists forever and for everyone.

Your voice is the sound of the flute that plays softly, that blows beautifully.

(Transcription and illustration by Ciça Fittipaldi extracted from the Book: The boy and the flute – myth of the Nambiquara Indians. São Paulo. improvements. 1986)

About the Nambikwara Indians:

The Nambiquara nation is divided into numerous groups and their villages are scattered from the Guaporé river valley to the borders of Rondônia in Brazil. It occupies territories that vary between cerrado fields, semi-desert savannahs, and a rich and fertile forest zone.

Each group has its own place to hunt, fish, collect lianas and bamboo, build huts, cultivate swiddens, always close to a stream. All game is divided among the families in the village, and the swiddens are family owned. The villages are circular; In the central courtyard, the Indians talk, sing and dance at night. This courtyard is the sacred place where the dead are buried. There is also the house of the flutes, where they are kept and only the men gather to talk and play. Women cannot see the flutes. They believe that if they see it, they will get sick and die. The flutes symbolize masculinity and spiritual life, while the feminine element is returning to material life.

The Nambikwara have always lived completely naked and with very little adornment. They don't have hammocks, mats, or pottery, nothing more than a few gourds for zen and preparing food.

They sleep directly on the floor; on cold nights, they scatter ashes from the fire and lie on top of them. There are several baths during the day, often followed by the custom of rolling on the ground to cover the body with earth.

The Nambiquara have a very rich spiritual life. They believe in an infinity of good and bad spirits that inhabit the forests, springs, caves, sacred spaces of their ancestors. They believe in invisible beings, with whom they relate, hear their voices, complaints and songs; from them they receive help and protection. They talk to spirits through shamans, who also promote the cure of diseases.

The most important party is the girl's, which takes place right after her first menstruation. The girl is confined in a separate hut; after the deadline, she leaves, all decked out, amid songs and dances in the courtyard of the village.

The Nambikwara year is divided into two periods: rain and drought. During the dry season, hunting is greatly reduced and the swiddens are not producing. Survival is the responsibility of the women, who hunt for tubers, roots, coconuts, wild fruits and, above all, small animals: insects such as grasshoppers, lizards and their eggs, rodents. And various types of honey.

The basic food is cassava or corn beiju, a kind of bread baked underground, under the embers of the fire. The daily drink is chicha, a kind of porridge made from wild manioc juice, which is boiled until it loses its poison. There are also wild fruit drinks, such as cashew, abiu, guava.

The child is considered the greatest asset of Nambikwara society, and therefore is surrounded by incomparable affection and attention.

Since contact with the whites, at the beginning of this century, the Nambikwara lands and population have declined. Today, with a demarcated reservation, their number begins to increase. They acquired some habits from the whites, they use utensils and clothes obtained through trade, but they are resistant in defending their cultural heritage. 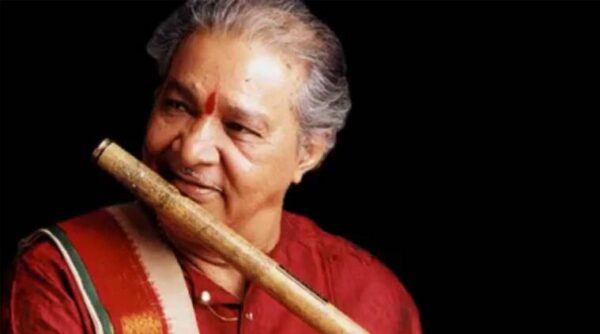