…It was like there was a magical connection between me and this instrument. He told me how to play it. That's a very native way of thinking… Mary Youngblood

The Native Flute is an easy-to-play instrument. Even if you think you don't know anything about music, you'll be amazed at what you can do in such a short amount of time and with little practice. You just need to create the space, allow yourself to experiment, open up to the unknown, and stop thinking about “how” to become music with the flute, and you will have a transforming experience.

All existence is in motion, creating infinite vibrations of light and sound – life. There's been music going on since the beginning of time. Every form of life in essence, combines within itself a sequence of vibrations ordered by rhythm, harmony and melody. When we tune in to nature, we create relationship and resonance with essence. You also have a song, it's happening in you, let it play!

In soul cultures, shamanic, the music of wind instruments, are independent beings, which were given by divine ancestors to fulfill specific functions in invocations, rituals, ceremonies, etc... The sound of the wind transports vital energy. All beings are music breathed by the Great Spirit. Listen to their music and sing the breath of your soul.

The native flute has the power to develop in us a fluid, pleasurable and therapeutic spontaneous musicality. It reduces anxiety, leads to relaxation, puts us in resonance with nature, in addition to favoring meditative and contemplative states. When playing the flute, we start to value the silence, the intervals and intuitively awaken to a true listening.

Musicality is natural to us, and it can be developed or not. Ancestral instruments invite us to rescue our musical expression. My encounter with the Native Flutes, transformed my life, enabled the expression of feelings that vibrate directly from the soul, sensations that hover in a subtle space where unspeakable words inhabit a universal language.

With the Native Flute,

We can detach ourselves from the musical conditioning ingrained in our culture of “right” and “wrong”, and discover the magic of spontaneous music, which happens naturally. When playing a Native Flute, you will feel the magical and powerful effect that its simplicity and sound involve people and yourself, even if you consider your improvisation to have been imperfect or inexperienced. We all have the right to share our vibration and be heard, and with the Native Flute, we can redeem this right, in addition to having the opportunity to communicate our emotions in resonance with the other vibrations of the Universe.

BENEFITS OF THE NATIVE FLUTE

In the era of self-knowledge, the rescue of spontaneous expression and healing by sound is increasingly present. The flute is a wonderful way to awaken. More and more, quantum physics and the studies of cymatics, come closer to the native myths of origin, which in their symbolic language, reveal sound as a creator of worlds, that by breaking the sonic barriers, the elements were created and all existing forms of life.

The river cane flute (River Cane Flute) is a vital instrument in the culture, history and ceremonies of the people who lived on the banks of the Colorado River and the Gila River, such as the Navajos, Hopis, Hualapai, among others, in some myths of origin of these peoples, a long bamboo pipe was used to drill and pass from the underground world to the world we live in.

Bamboo flutes carry many meanings and energies, and one of them is the intimate relationship with the element of Water. Bamboo pumps a lot of water up towards the sun. Some origin stories of native South Amerindian flutes are related to water spirits, rivers and fish. The stories and ritual symbols of North Amerindians relate the flutes to rituals invoking the “Thunder Beings” to bring rain. Likewise, when we play the native flutes, we feel the movement of emotions – human aspect related to the water element. 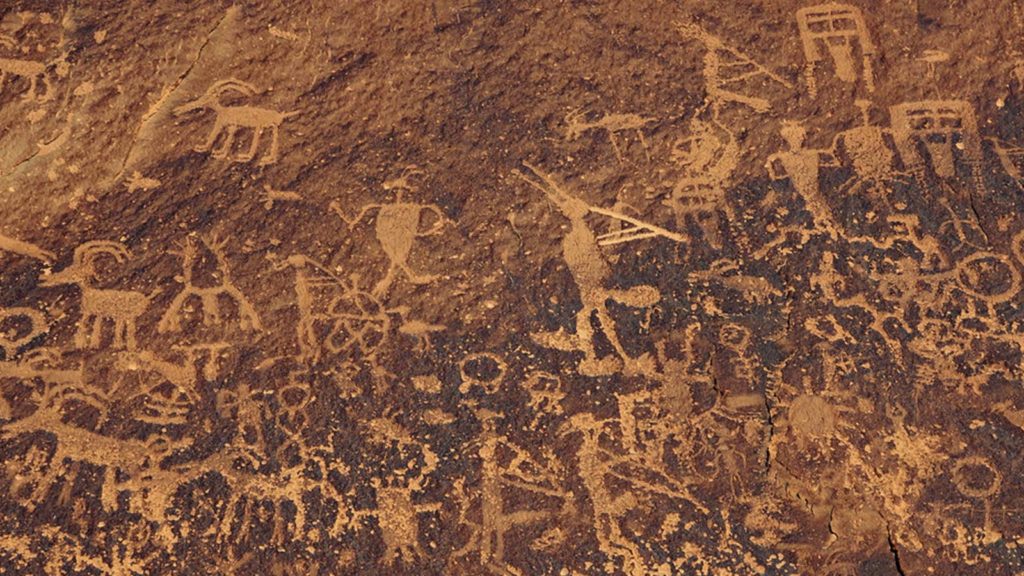 In the region of the Anasazi peoples, predecessors of the Pueblos peoples, located in the vast region where today is Arizona, Colorado, Utah and New Mexico, called 'the four corners'. There was a Myth known mainly in the Hopi and Navajo cultures by Kokopelli.

Kokopelli, with his flute and apparent hunchback, is represented in the oldest petroglyphs in Southwestern North America, around 3000 years old. Some refer to him as a sage, a magician, a storyteller, a trickster, a curator, a teacher, a merchant, a God of the Harvest. But unanimity is in the power of fertility, ensuring success in crops, growth, and human conception. It was much evoked at the time of planting corn, to ensure a good harvest. The Navajos consider him the God of Harvest and Abundance. The Zuni as a priest of the Rain. Others regard him as a spiritual guide with real healing power. There are several legends about him.

The NAF (Native American) style flute is often used as music therapy in recent research in the USA, where these flutes are very popular, their use has shown great improvement in measurements of resilience to stress, asthma, anxiety, as well as post traumatic stress . It has also been shown to be effective in fighting depression. In general, impromptu meetings with the flute have been shown to increase the production of cancer-fighting cells.

By playing a flute, we can exercise therapeutic breathing. According to Chinese medicine, the lung has the functions of managing our vital energy, bodily fluids, controlling the channels and blood vessels, regulating the passage of water and all physiological activities, controlling the skin, sheltering the corporeal soul, in addition to having a connection with emotions and being affected by them, especially sadness, hurt or distress. Unleash your emotions with beauty by blowing the native flute! 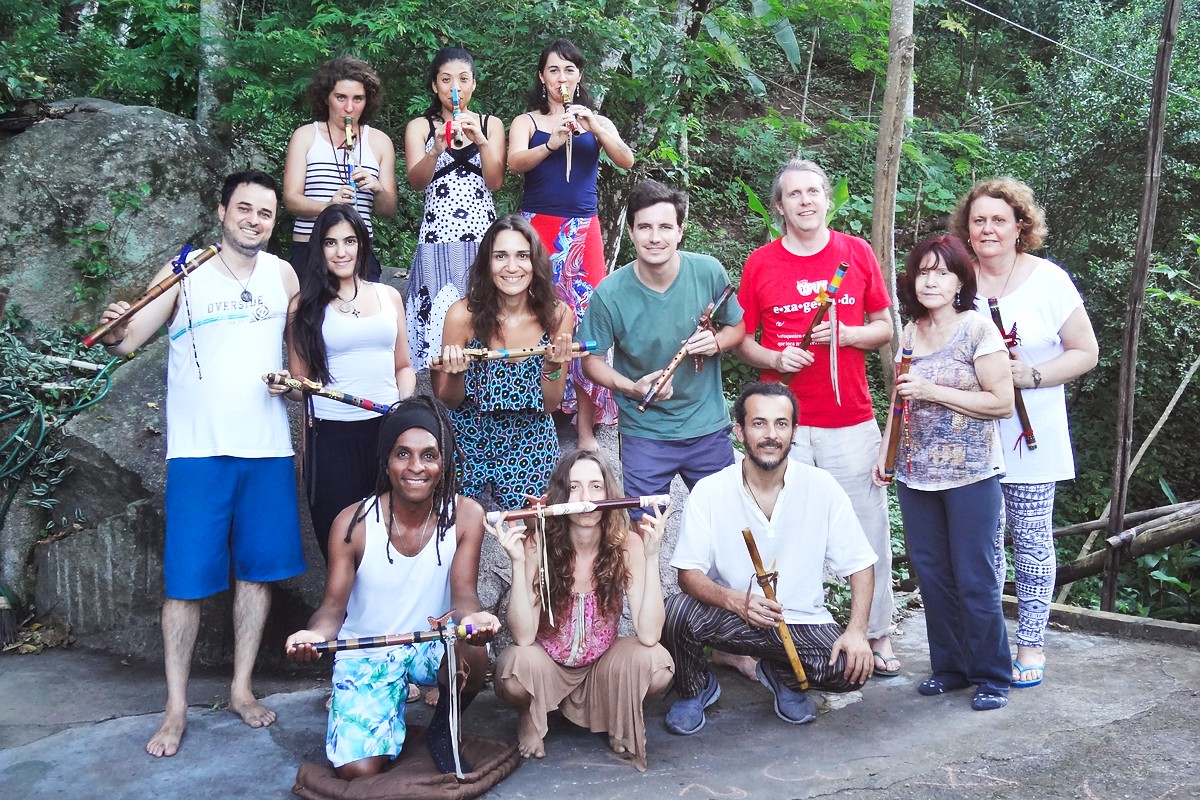 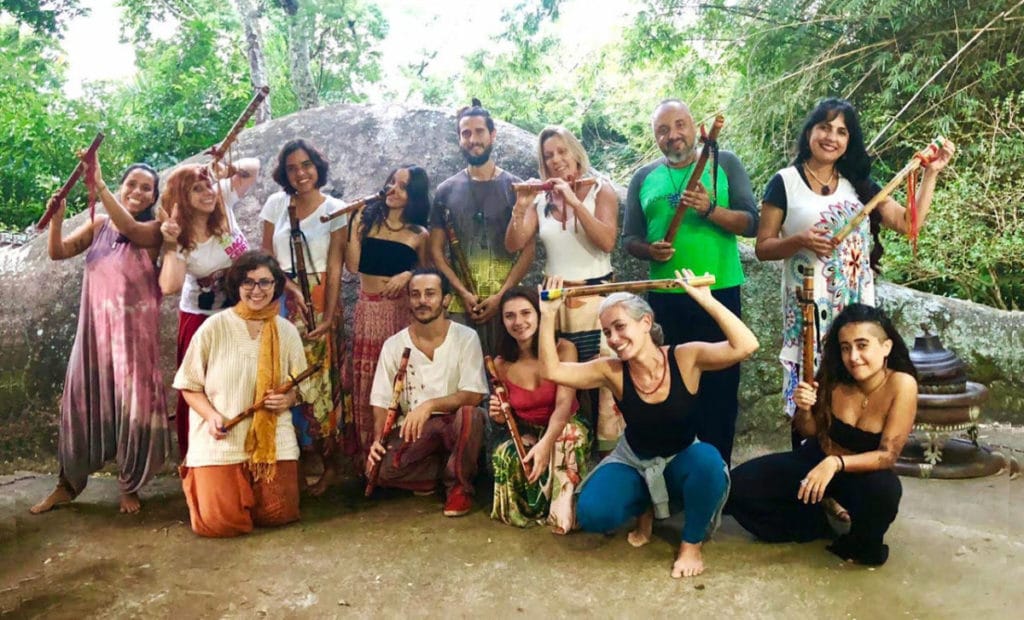 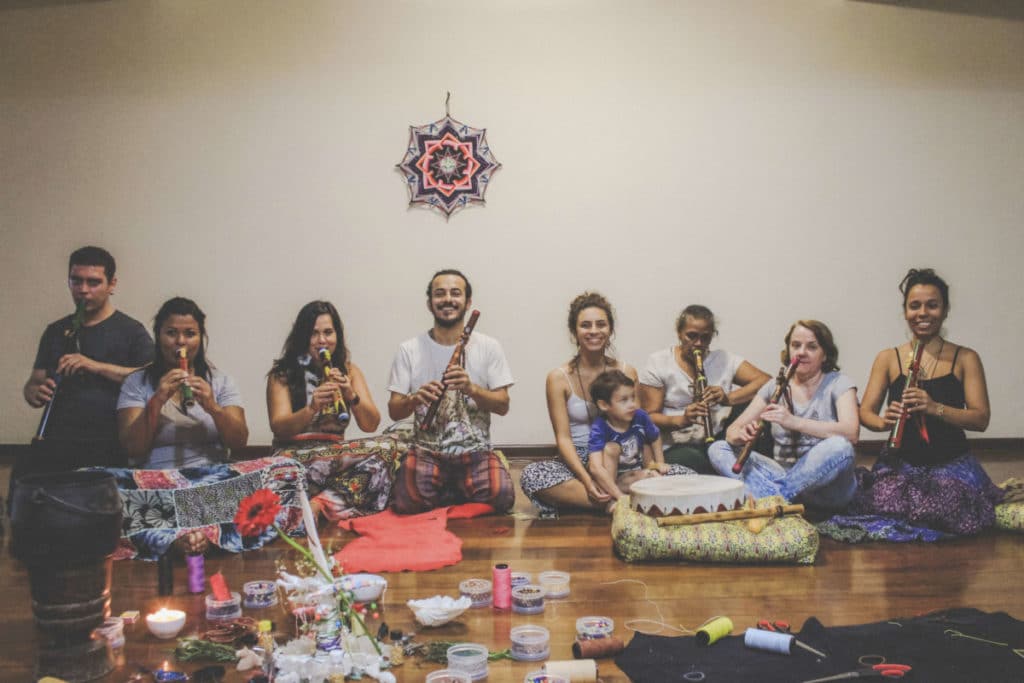 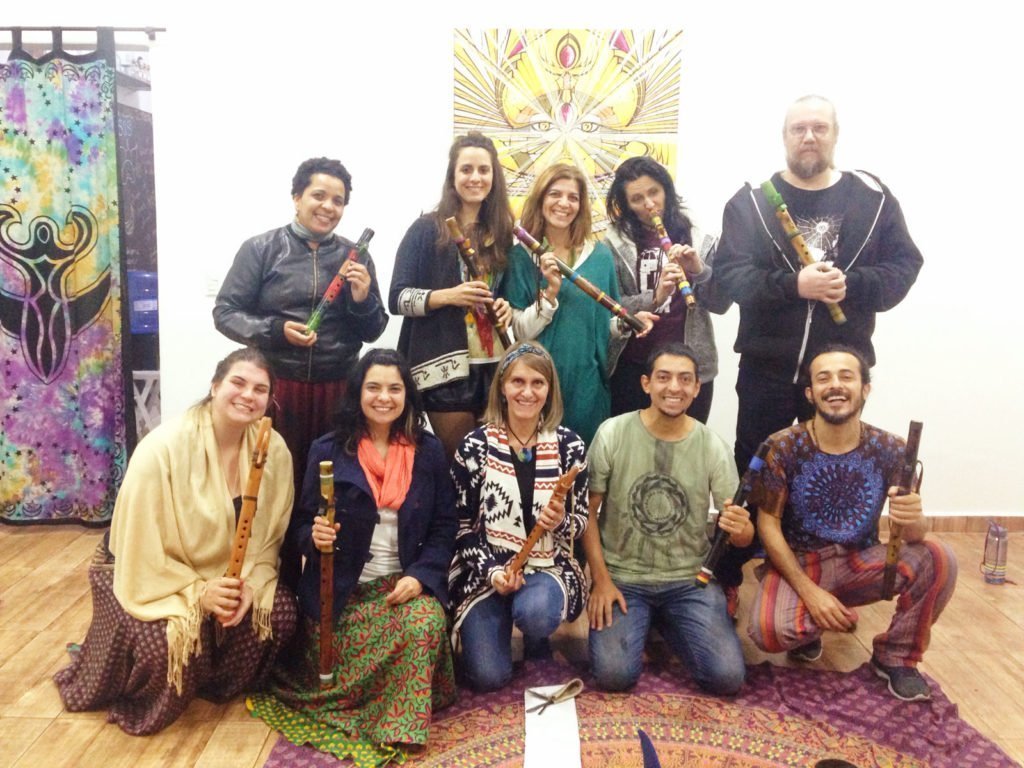 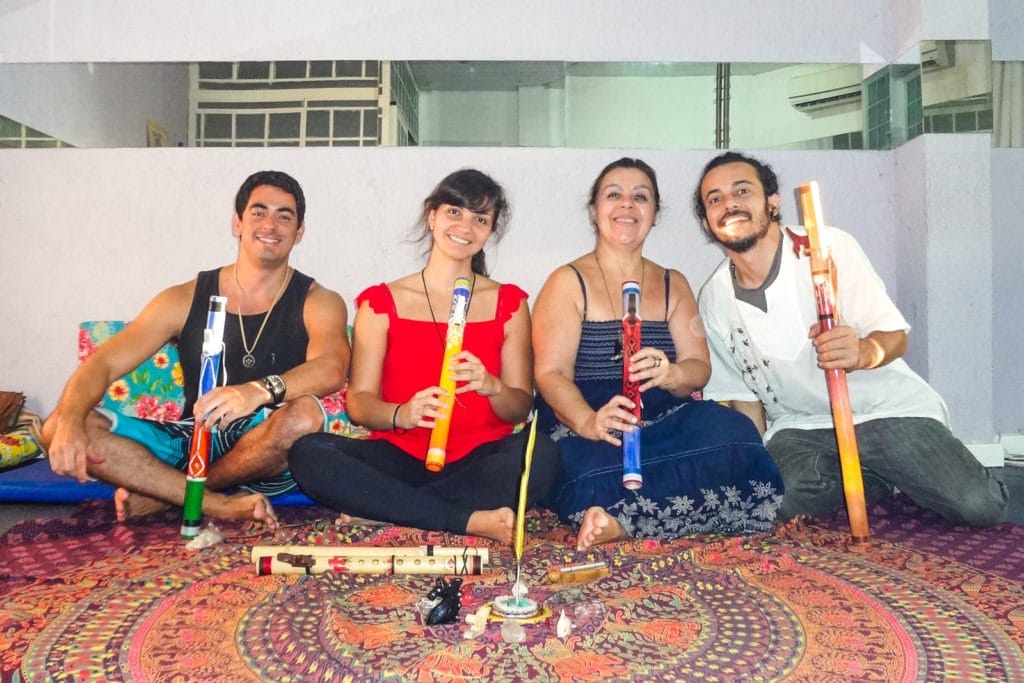 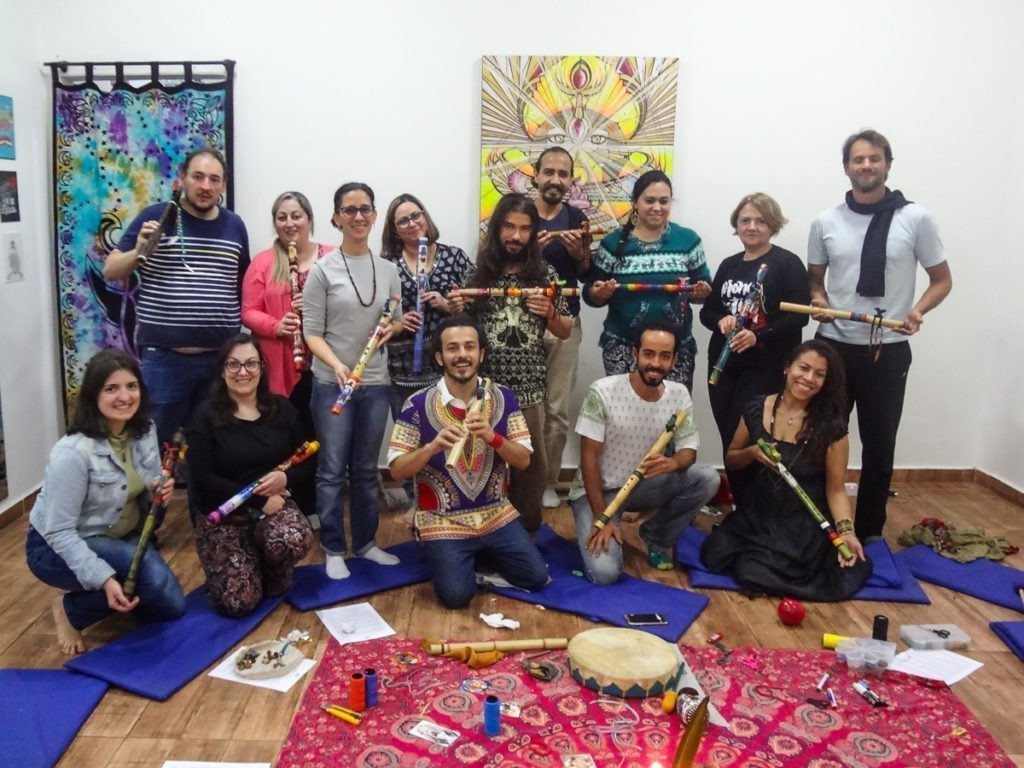 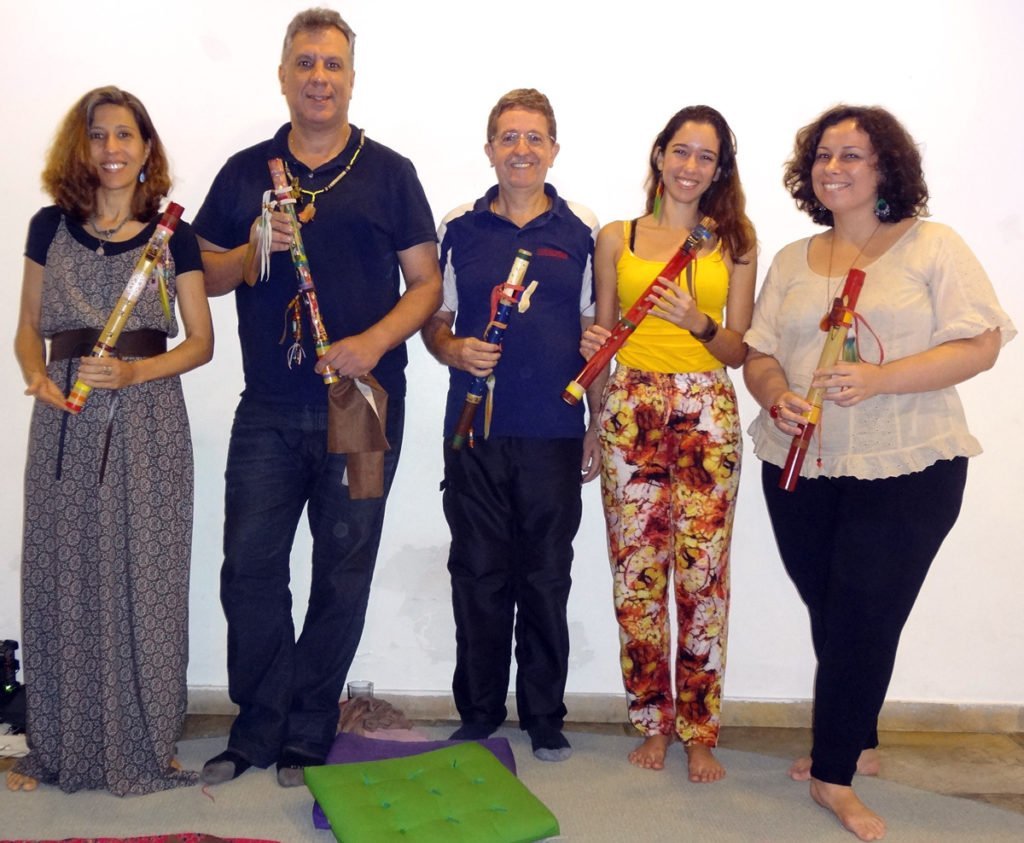 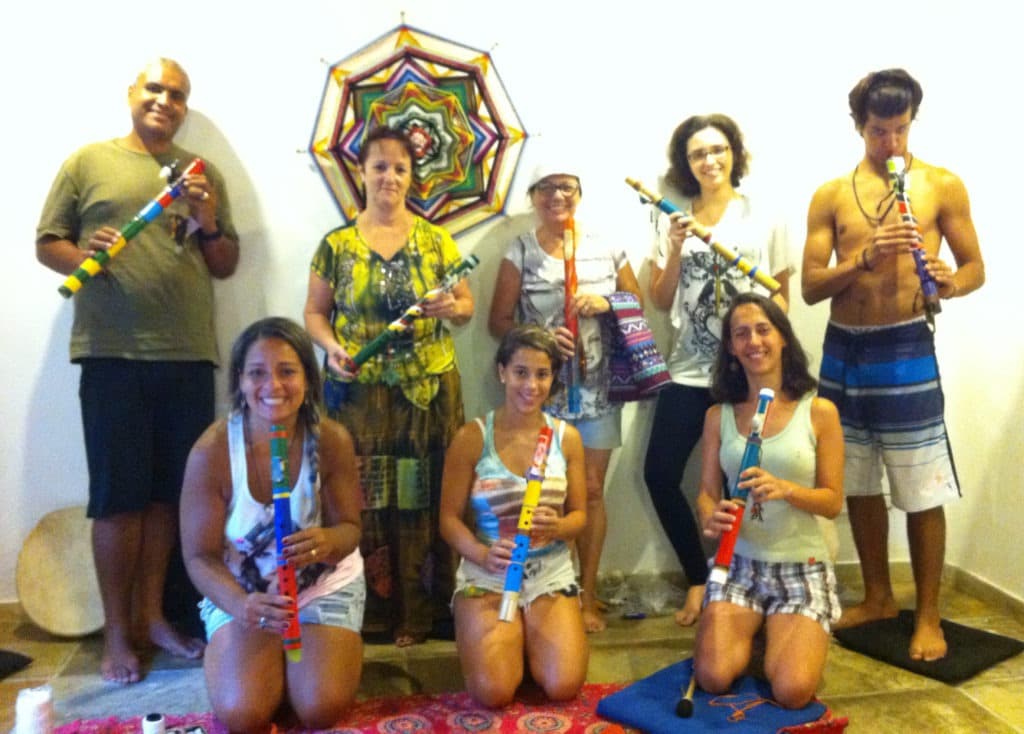